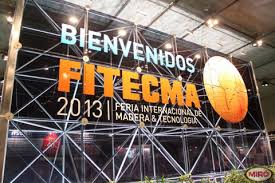 Simsa and its official distributor in Argentina, the Calcagno Group, participated in the 2013 FITECMA fair which took place in Central Coast Salguero in Buenos Aires (Argentina) between 2 and 6 July. There, they presented their Teowin v7.0 solution to the Argentinean furniture manufacturers.

The fair was a great success. The stand received a large number of visitors and the opinion of the companies who watched the demonstration was very positive.

“Teowin is a really useful tool for furniture manufacturing” and “Teowin makes it possible to automate a large part of my factory’s production processes” were some of the comments made by visitors to the stand.

After this year’s success, Simsa plans on returning to the fair next year.